A few years ago, the local town lakes proved a hot bed of mustelid activity with a resident Otter bitch utilising the three main lakes in the town and their adjoining river network to raise her family. This proved brilliant for a budding wildlife photographer like myself, who had only ever had a distant glimpse of wild Otters in the Highlands. It gave me an opportunity to get some photographs and watch their behaviour all usually on my lunch break from work.

So, after a couple of weeks of rumours that a resident Mother was back and with three small pups in tow, someone managed to get some photographs, it was confirmed and I was quite excited, in the intervening four years I can’t complain I have had some awesome Otter encounters up on Mull. But it’s always nice when you can drive five minutes down the road to see them. The only worry I had initially is one I still share today. Social media is so prominent nowadays and a lot of newer visitors to the lake (I can’t really talk, they probably visit a lot more often than I do) are very quick to share all shots and sighting on social media groups, both closed and to a wider audience in the town. Last time it wasn’t uncommon to find dozens of spectators perched on the edge of the water watching these normally elusive mammals. With early onset of grumpy old bastard, I find any one that doesn’t appreciate good field craft and basic wildlife watching etiquette unbearable and would rather miss out myself that witness such annoying behaviour, hopefully the expected throng of foot traffic bound for the lakes are respectful and understand it’s a mother with three young cubs.

Did I mention I don’t really like people? Probably a lot in my posts, with that in mind my own visits to the lake would try and coincide with the usual weekend lay in. I had a brief walk one Saturday afternoon, not expecting to see much but armed with the camera just in case. A few Cormorants perched wings hanging wide, standing sentinels from the big tree overlooking both lakes. The odd one dropped down to fish close to the fishing pontoons. I soon realised the Cormorant is a species I don’t really have any good shots of. So, body down flat among the dried Goose and Duck shit I found myself at water level clicking away as one bird surfaced in front of me. I did have a moment of fright and as the resident territorial male Swan didn’t like the look of one of last year’s Cygnets and headed flapping quite speedily my way to see it off. Only when you are at head level and about 3 feet away can you appreciate just how big and angry a Swan can be. Luckily enough I managed to get my arse up off the deck and camera to safety before they came splashing past. 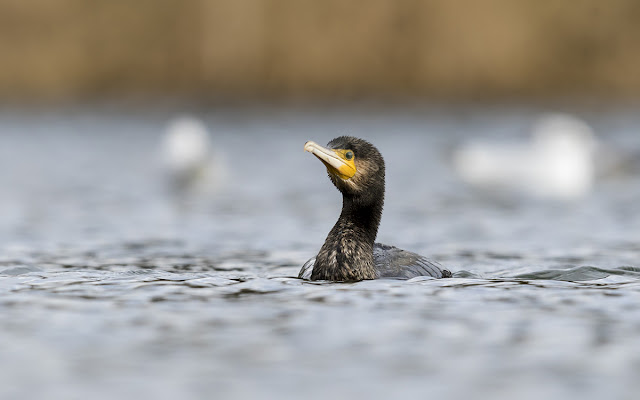 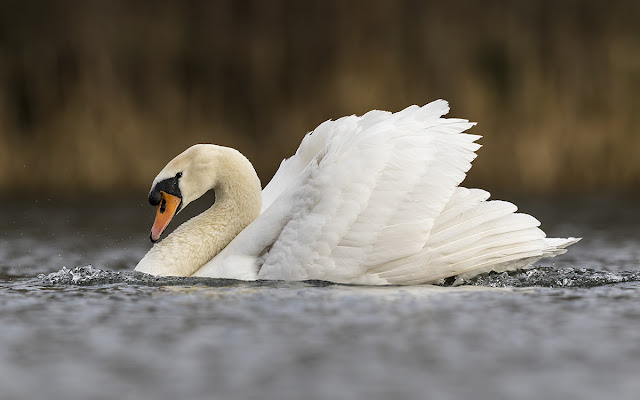 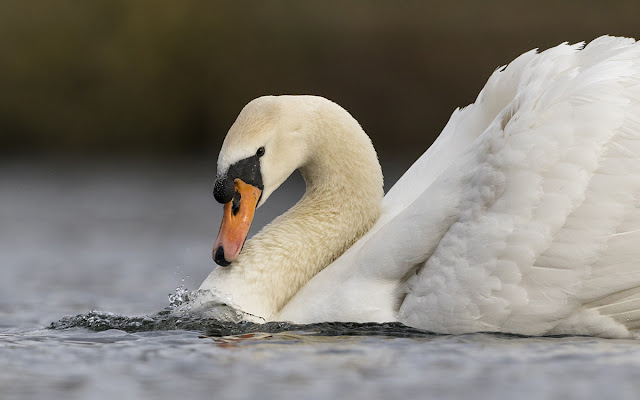 Celebrating he drifted off into the shade for a big, dominant wing stretch. Even though on the far side of the lake, I couldn’t get the full reflection in with the 600mm. 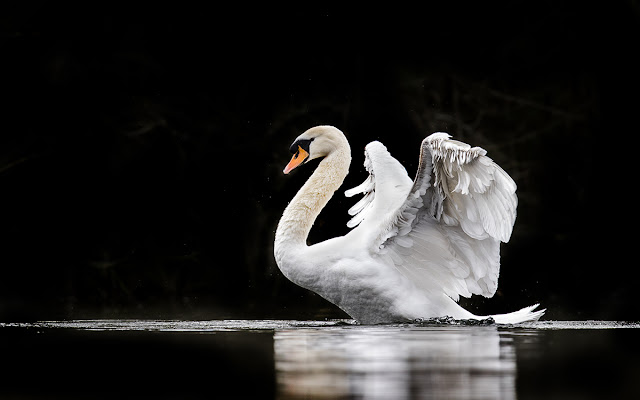 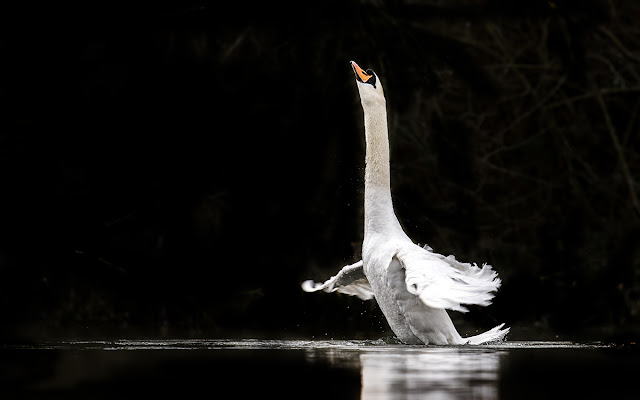 That afternoon visit started a trend though and at the time of writing this two and a bit months later, seven visits to the lakes and still no Otter sightings. I’ve been in the early morning for first light, mid-morning, mid-afternoon and even towards dusk. I’ve seen dozens of photos posted online and all I have to show for it are a few more shots of Swans and some fishing Cormorants in some nice early morning light, minus the fish! 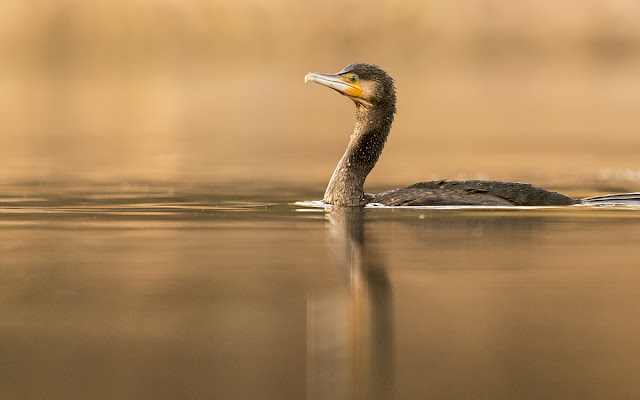 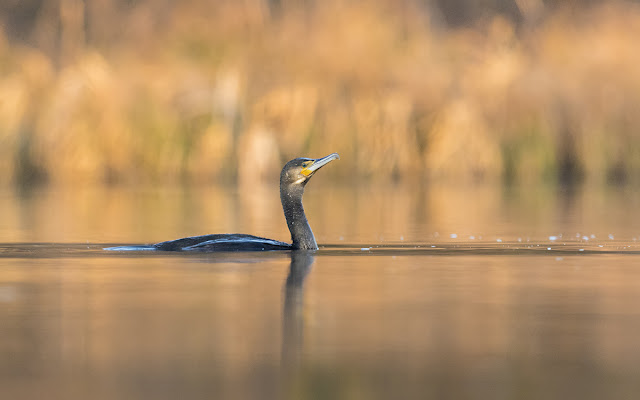 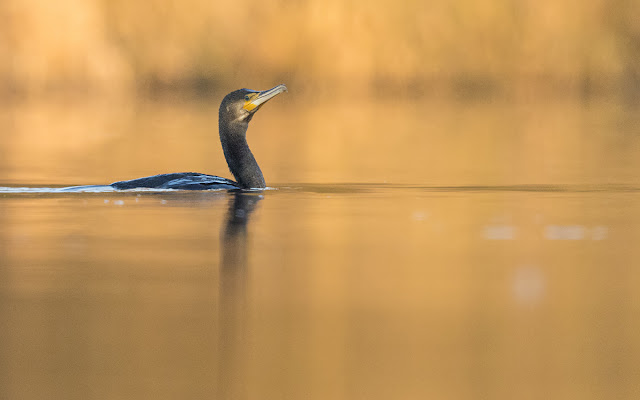 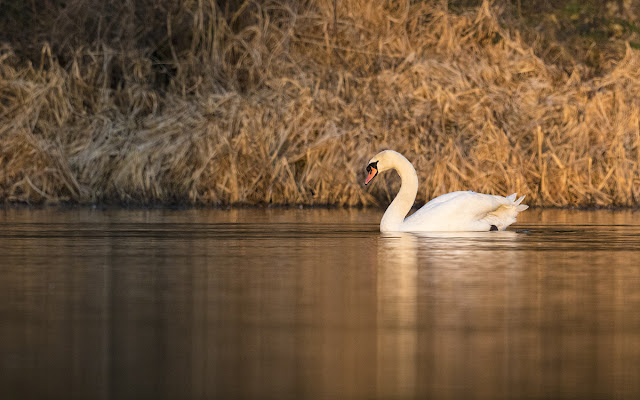 I am off to the Outer Hebrides in 6 days or so where I’m hoping Otters are much easier to come by!